The Book of Thoth (Egyptian Tarot)

This book describes the philosophy and the use of Aleister Crowley's Thoth Tarot, a deck of Tarot cards designed by Crowley and co-designed and painted by Lady Frieda Harris. The Thoth Tarot has become one of the best-selling and most popular Tarot Decks in the world. It is also one of the most original interpretations of the tarot, incorporating astrological, numerological, Egyptian, and Qabalistic symbolism. While there are many other useful guides to this famous tarot deck, there are no others that explain the deck in its designer's own words. The book is divided into four major parts: * Part One: The Theory Of The Tarot. * Part Two: The Atu (Keys or Trumps). * Part Three: The Court Cards. * Part Four: The Small Cards. Part One is further divided into three chapters; Part Two into two chapters and an appendix; Part Three into one chapter; and Part Four into one chapter. The book includes a list of plates depicting the Tarot cards as seen by Crowley and Harris. 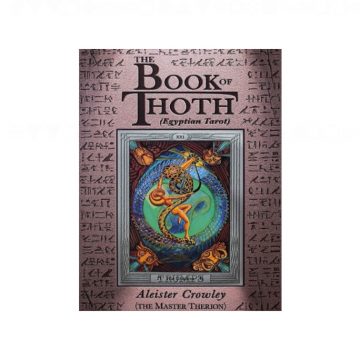