Much has been written about the group of 14th-century warrior monks known as the Knights Templar. Some authors, such as Dan Brown in The Da Vinci Code, portray them as folk heroes wrongly accused. Others disagree, saying the Templar story is ultimately one of greed, deception, and idolatry. Just who were the Knights Templar? And what is their legacy? In The Templar Papers, author and historian Oddvar Olsen has assembled a veritable Who's Who of experts to unravel the mystery. Instead of rehashing previous scholarship, this book delves into new aspects of Templar lore, such as the origins of the order and its supposed survival after 1314.

It attempts to answer the following:

-Were the Templars devil worshippers who venerated a mysterious head?

-Was the head that of John the Baptist?

-What exactly did they find in Solomon's Temple?

-Did they keep, and later hide, the Holy Grail and the Ark of the Covenant?

You'll also discover the Templar link to Mary Magdalene and the Freemasons, including answers to questions such as:

-Were Jesus and Mary lovers or, in fact, husband and wife?

-Did Mary give birth to a child after Jesus' death?

-Did Freemasonry originate from the Templars?


The Templar Papers offers the inquisitive reader several lifetimes of research and insight. This is a distinctive and truly unique compilation that will stimulate your mind and settle the controversy. 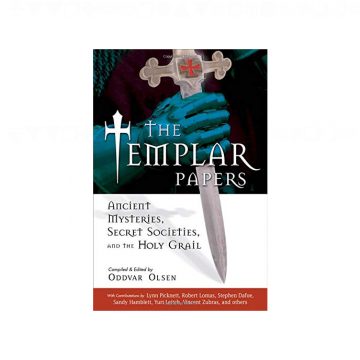